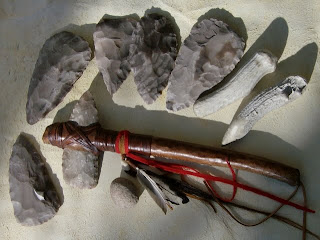 The weather has been a bit warmer, in the 30's with some sun, which is considerable better than the sub zero temperatures of the past couple weeks.  You really can wonder at and appreciate the tenacity of the Native Americans living out on the plains in those conditions.  Winter was something to prepare for in terms of food, shelter, appropriate clothing, and firewood.  I had read once that December was considered by some tribes to be the "moon of the clacking rocks."  Your time and efforts were more confined closer to the fire, so working on tools for the upcoming seasons occupied your time.  Perhaps more specifically, it referred to the production of pecked and ground tools which took some considerable time and effort to make. Lately though, I've been preparing a number of flaked flint preforms for axes and tomahawks.  You can turn out a flaked axehead in less than an hour. (Below are a couple of authentic flaked axeheads from Chase County in Kansas.) 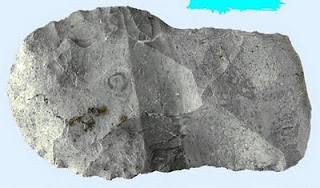 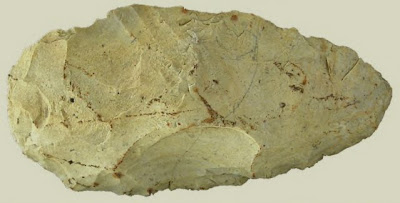