Earlier this month the public information service, Science in Poland, published an article on the first open air Neanderthal tool making workshop, discovered on the river bank near the village of Pietraszyno, in Southern Poland.  The site was dated at 60,000 years old, and showed signs of organized flint working by a community over a long period of time.  It was unique in that it was the first Neanderthal workshop not found in a cave.  Over 17,000 recovered flint flakes revealed the manufacturing handaxes or knives that were taken away and used elsewhere.  Archaeologists were able to reconstruct, from the abandoned debris, the process of manufacturing.  Also recovered at the site were bones of rhinoceros, mammoth, and horses.  You can find the article at: http://scienceinpoland.pap.pl/en/news/news%2C33186%2Carchaeologists-discovered-flintstone-workshop-neanderthals-southern-poland-it . 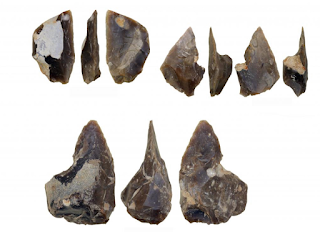 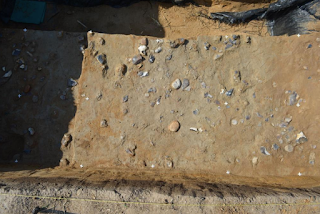 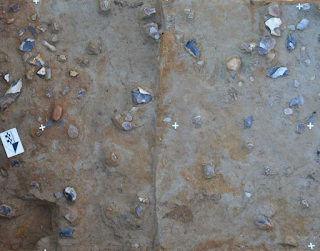