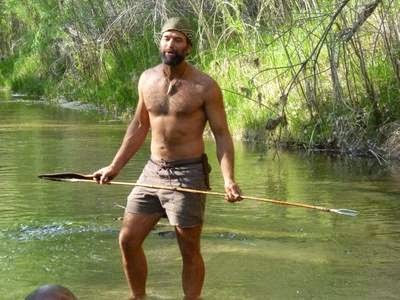 There are several programs I've been following this year, Dual Survival, Naked and Afraid, and Fat Guys in the Woods...they're mind candy. One particular guy that stands out is Matt Graham, from Dual Survival and Dude, You're Screwed.  He is touted as a long term primitive skills expert and it shows in some of the technics he exhibits.  He has been shown hunting wild boar and fishing with the dart & atlatl, spinning friction fires, foraging wild edible plants, and demonstrating ingenious building technics for shelters, beds, and rafts.  Matt is a very charismatic and knowledgeable survivalist...I really enjoy him.  A new show, on the Weather Channel is Fat Guys in the Woods, with Creek Stuart.  I was surprised to find that I had several books by him in my library, that I revisited, after watching him in action.  Basically, he takes several unskilled guys into the woods for a week with only the clothes on their backs and a few basic tools.  One common theme is that it always seems to be freezing temperatures and raining, so their shelter and fire making skills are vital.  Naked and Afraid really pushes it to the limit as a man and woman try to survive for 21 days, starting out naked and with only a couple tools.  They get to bring a survival item, which is usually a knife or machete, a fire starter, or maybe a pot.  In all these shows you see the importance of building a proper shelter, and making fire for heat, purifying water, cooking, and controlling insects.  The quest for water, and later food, and the various tools, traps, and containers are instructive.  My family has commented that I've been spending too much time in front of the tv lately...maybe they're right.
Posted by Mark at 11:51 PM 1 comment: 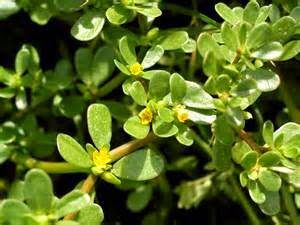 I have been searching for this plant for awhile trying to identify it.  Purslane is more of a summer plant that carpets the ground.  It is described as a succulent-the stems and leaves are thicker and hold more water.  The whole plant is edible raw or cooked, except the single taproot, which the plant stems out from.  Walking my dog, I came across a healthy patch and sampled it on the spot.  Not a bad taste.  I will introduce this plant to the family by adding it to salads and steaming it with some traditional vegetables.  It has more vitamins than spinach, plus Omega 3.  I step out of my door and see plants for eating, cordage, medicine, and firemaking - lamb's quarters, plantain, wood sorrel, jerusalem artichoke, yucca, mullein, mint, dandelion, etc.  There are a number of patches of plants I do not recognize, so that should be my next goal - identifying them.  I agree with the 80/20 principle, Creek Stewart states in his book "The Unofficial Hunger Games Wilderness Survival Guide":  there are hundreds of wild edible plants, focus on learning/using the 20% you see 80% of the time.
Posted by Mark at 11:01 AM 1 comment: 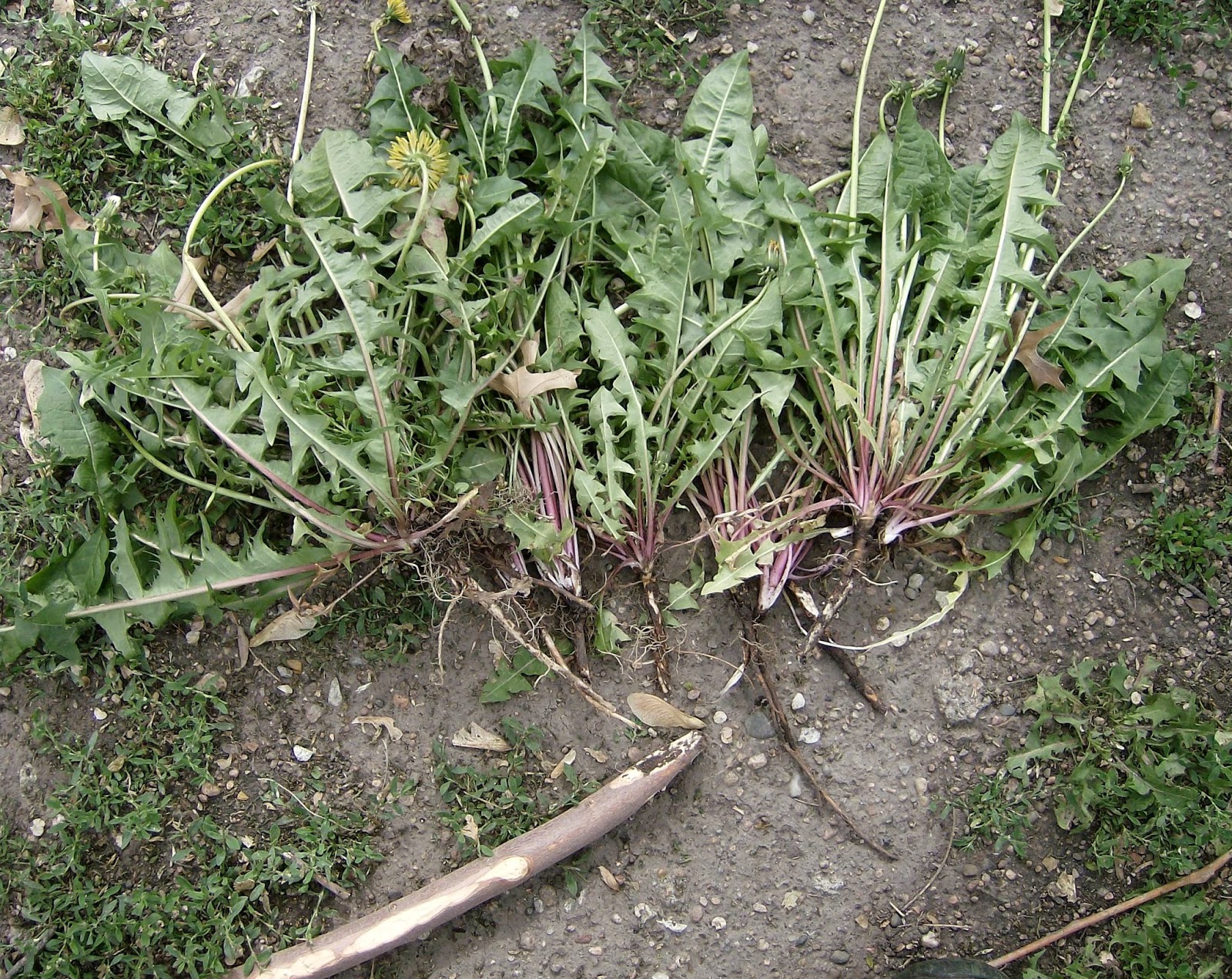 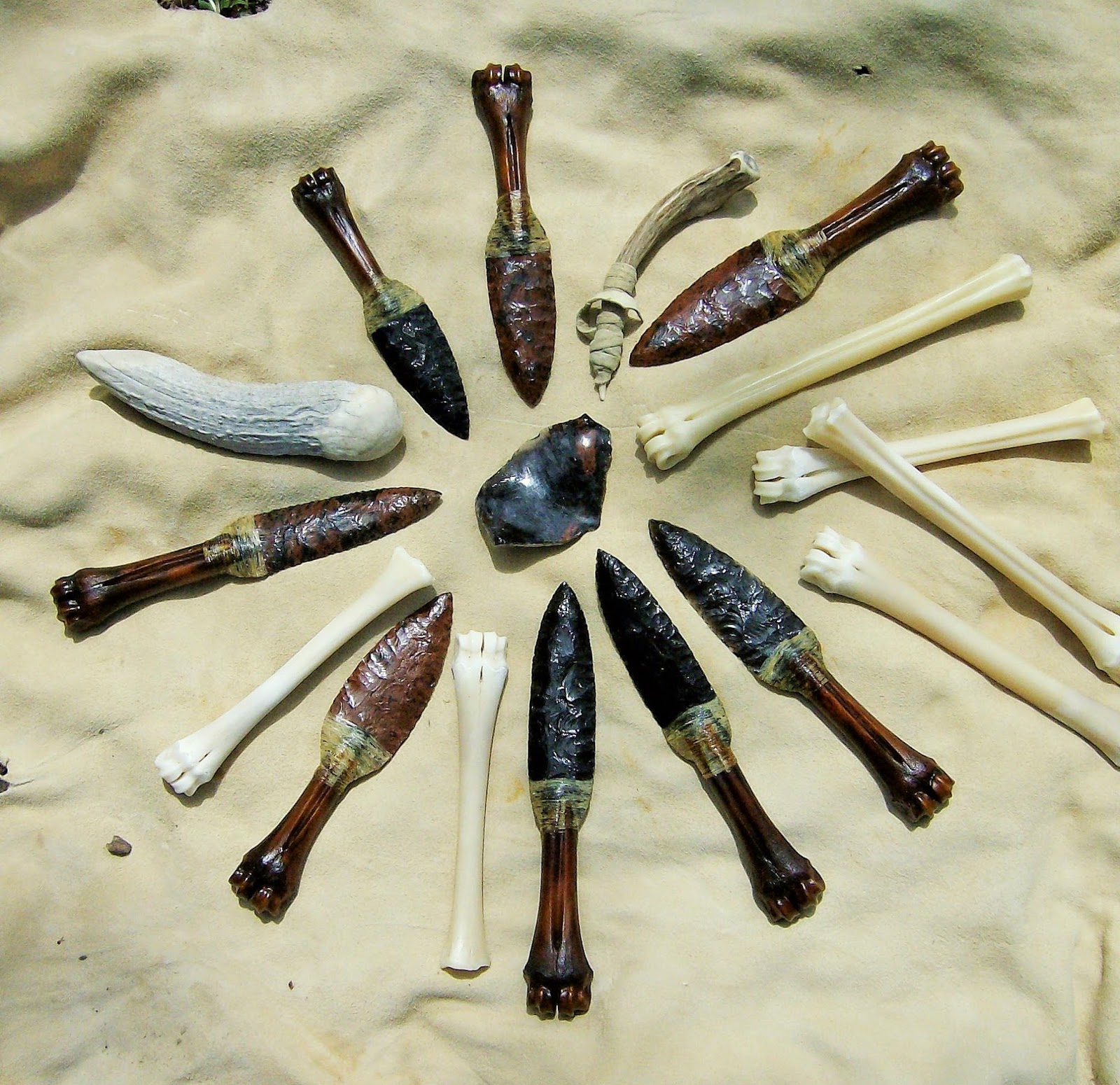 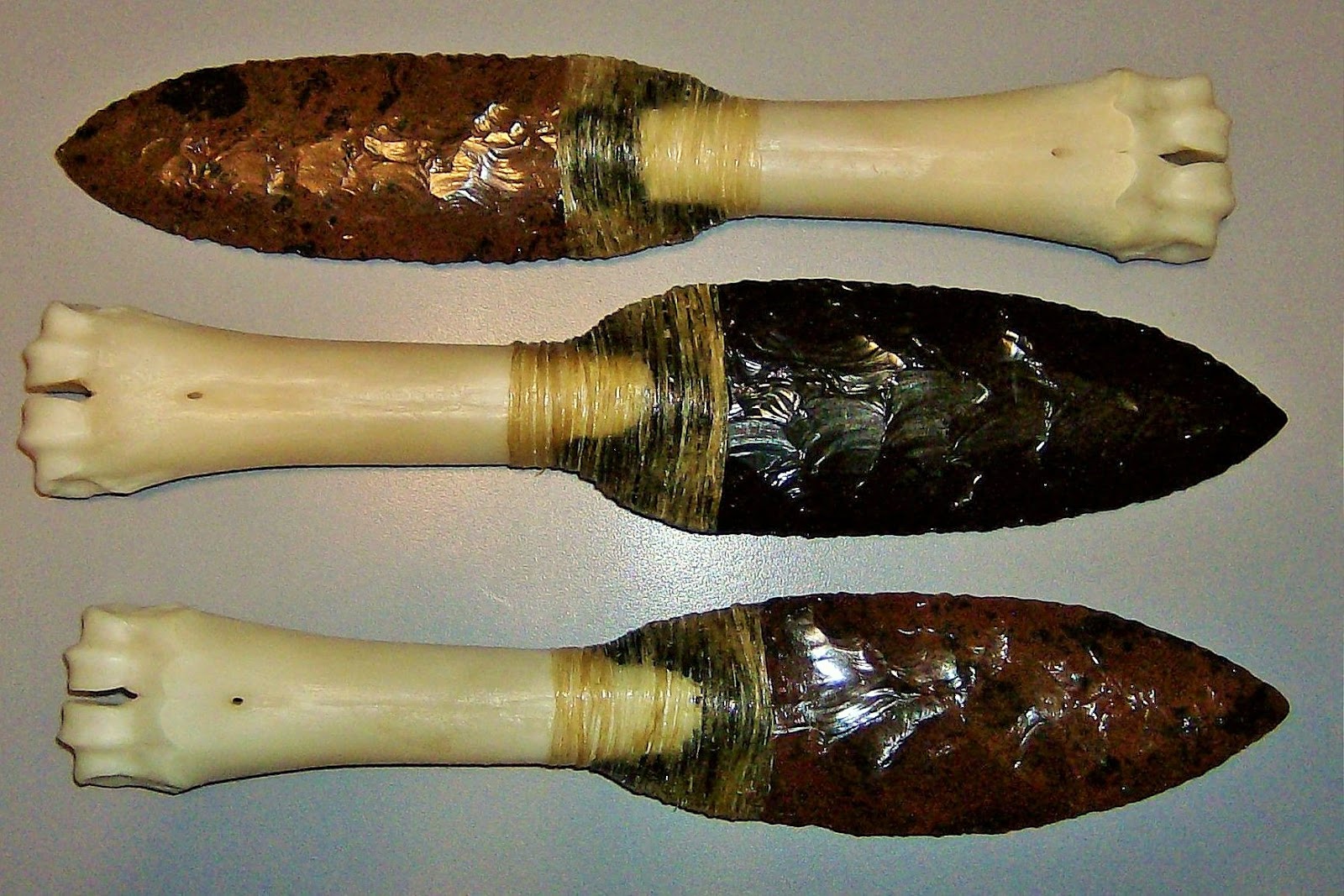 A new year is upon us and a time that people set goals.  I have not been as active on this blog in the past couple of years.  It kind of goes in spurts of ambition. There are things I want to learn, to improve upon, and practice.  Some of these are:  Learning to recognize and utilize more wild plants.  I know a base amount, but I would like to start a pressbook, or collection in some form for demonstrations and instruction.  I know willow bark contains the components of asprin, but it would be more useful to actually process it.  Water is one of the most important  necessities of life, but I recognize I need more practice gathering, filtering, and purifying it.  I've made buckskin moccasins, but I recognize that footwear is very important for my tender tootsies and need to try coiling sandals out of cattails or inner bark. As far as containers I need to make various sizes of burden baskets. This is just a few things.  There is so much more interest in survival, bushcrafting, primitive skills, prepping, and a multitude of new books and television reality shows highlighting associated skills.  I am aiming at keeping this blog as primitive as possible but may have to start a new blog for bushcrafting projects.