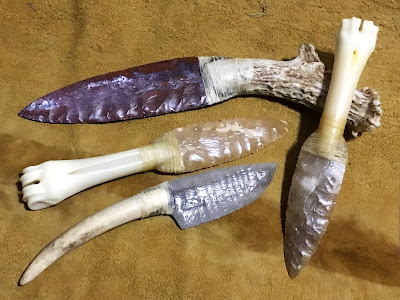 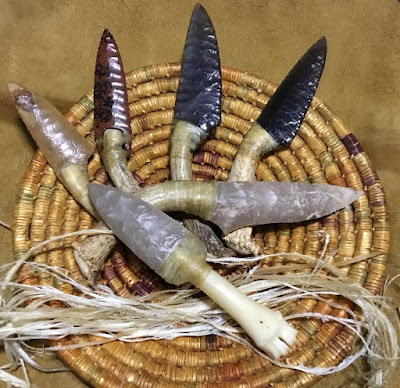 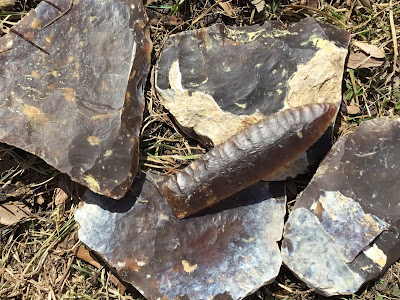 When early man crossed the landscape he sought out quality stone to make tools.  Stone was needed to form chopping edges, bits for boring holes in wood and bone, scrapers for cleaning hides, and sharp and pointed edges for cutting and piercing.  Located near Dunn Center, North Dakota, is a prehistoric quarry of dark brown rock.  Knife River Flint has been used for thousands of years.  Clovis points have been unearthed dating back 10,000 years.  Artifacts of Knife River Flint have been found from Montana to New York, Canada to New Mexico.  Pictured is a projectile point and several spalls of Knife River Flint. 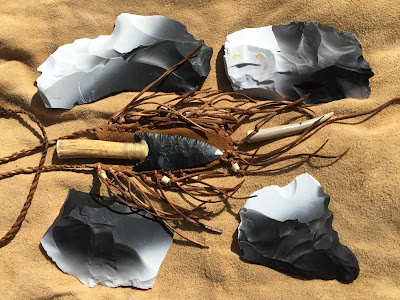 I’ve been putting together some knives and made this 6-inch white/black novaculite knife, and buckskin neck sheath.  Novaculite comes in a variety of colors but I especially like the black and black/white combination.  This unique rock is only found in the Ouachita Mountains of Arkansas and Oklahoma.  Native Americans used this resource to make tools to chop, drill, scrape, and cut for every day survival.  Later, settlers in the area used novaculite for whetstones. 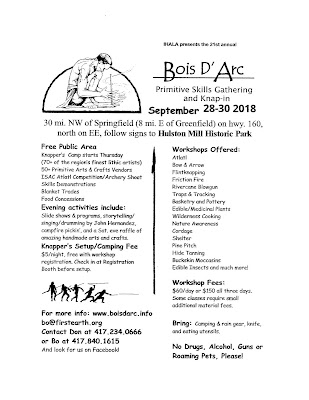 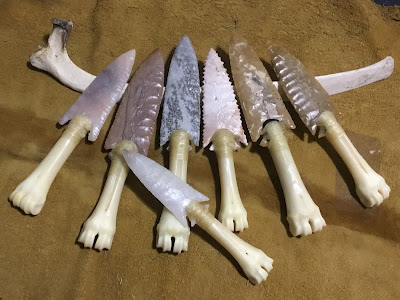 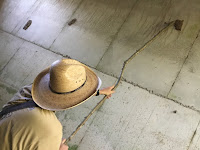 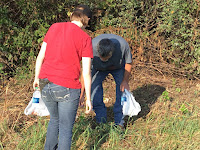 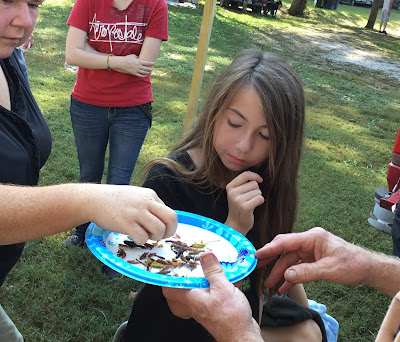 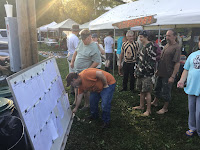 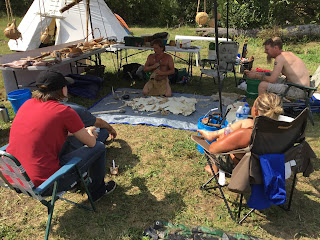 I had been looking at the Bois D' Arc Primitive Skills Camp & Knap-In for a few years, and finally had the chance to attend in September of 2017.  What a great setting, in a dale at the historic Hulston Mill, near Greenfield, Missouri.  IHALA (Interior Highlands Ancestral Lifeways Association), founded by primitive skill enthusiast, Bo Brown, hosts this annual event - now numbering 20 years.  This is a gathering of several hundred flintknappers, vendors, and primitive skill artisans, open to the public.  Students gathered in the morning, over a three day period, to sign up for classes - available were flintknapping, bow making, primitive fishing technics, edible and medicinal plants, traps & snares, edible insects, darts & atlatls, basketry, etc.  There was a little bit of something for everyone.The evenings were filled with laughter and music, as musicians and drumming circles played into the night.  The local historic society, which maintains the Hulston Mill, runs a snack shack for anyone wanting to buy a meal, drinks, or ice. The camping area is abundant with plenty of room for some seclusion.  The 21st annual is scheduled for September 28 - 30, 2018.  Check out their website at: http://boisdarc.info/
Posted by Mark at 7:47 PM No comments: